Silastic Sealants Contain Silicon which has been proven to cause premature Carbon Brush Failure if there is not adequate airflow to remove any trace of Silicon Off-Gassing. MANY folks would claim you would have to be NUTS to put Silicon in an enclosed DC apparatus since only a few parts per million has resulted in motor failure from poor commutation and excessive Carbon brush wear.

Manufacturers of Silastic Sealants claim that Electronics/traction Grade products do NOT off-gass following a brief curing period and are therefore safe for us in ALL DC Electric Motors…BUT, they COULD be just trying to sell their products!

Many Traction Commutators specify Gade/Traction Grade Silastic Sealants to seal the designed gap between the outside of the Mica Insulation and the inside of the Copper Bars because there is NO BETTER WAY to help prevent contamination induced electricla problems that are the most common type of commutator failures.

Most Commutator manufacturers seal the designed gap with Silastic Sealant(s) without asking YOU if you want them to be used likely because their use greatly lessens the special care required to manufacture the commutators.

AKARD COMMUTATORS of TENNESSEE (ACT) lets YOU decide if YOU want to include GE Traction Grade Silastic product containing SILICON in the motors YOU suppler YOUR CUSTOMERS since YOUR REPUTATION is on the line! There are definitely PROS and CONS regarding SILICON, but either way YOU WIN with ACT because YOU get to choose!

You Gotta Be NUTS?? 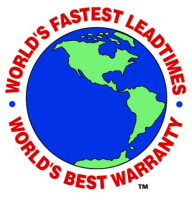